Music for the People

Who I am
Get in Touch

Hey I’m Gary Boys and I’m here to spread the love through music :)

I was born in South London and my musical tastes were influenced at a young age by my mother who would endlessly play Stevie Wonder and Tamla Motown music. As well as Tamla, I would be subjected to sixties music such as Neil Diamond, the Rolling Stones, soul and disco with Saturday Night Fever a movie smash hit that just made you want to dance.

I’ve now moved to Henley-on-Thames which is surrounded by a wealth of musical talent and festivals like the Henley Regatta, Rewind Festival, Henley Festival and the Reading Festival.

If you are seeking a local DJ in Henley-on-Thames, Oxfordshire or Berkshire, or further afield in the rest of the UK, and would like me to quote for customising an event for you, get in touch today!

What I’m listening to at the moment

Music for the People

As a kid I would tape tracks off the top 100 Radio 1 show and crudely mix them, erasing the DJ’s voice. At 14 I had started my first mobile disco and called myself Street Life. I gigged around South London just enjoying the pleasure of entertaining young and old with a varied juke box selection of music from any genre.

Things really have not changed except that I am influenced by dance music now and, like many, seek Ibiza as a Mecca for sound.

I offer a full range of musical journeys and experiences which can incorporate DJ One Deck with live musicians accompanied by singers, bands, brass instruments or our very own talented percussionist Cyril Felix …you name it he can find a rhythm from it!

DJ One Deck Boysie is here to play Music for the People.

So with an army of music spanning every generation and with live acoustic sets to accompany me when needed, DJ One Deck Boysie is here to play Music for the People. With mic work and an open request list, my challenge is to play your music into my sets. This way, no two gigs are ever the same. So step back to the past, step forward to the future, customise your event and create an occasion not to be forgotten.

Do you need a DJ for an event?

Book a fantastic evening with DJ One Deck…

Get in Touch Today

Give me a buzz on 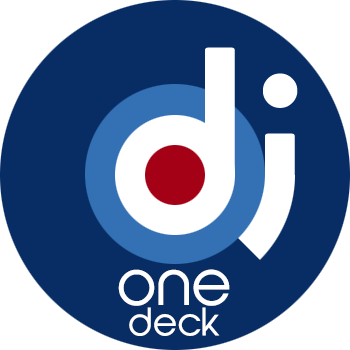 Or email me at

This message is only visible to admins.